Today is a good day.

It’s been a while since I’ve had one these. Days like today encourage me to look back on the journey I’ve traversed so far. It’s been bumpy, winding but perhaps relevant to where I will end up.

My childhood wasn’t picture perfect but my parents did the best they could with what they had. I had issues I knew I had to work through because I was aware that everything wasn’t okay within. I could feel the walls I’d built, I could tell that my irritability spoke of a deeper issue.

I literally saw myself turn to food for comfort- all this before I really even knew what depression was.

I tried speaking to counselors from church. We spoke, and we prayed but nothing happened. At first I blamed myself- like it must be my lack of faith. Surely that is why this wasn’t helping.

So I suffered in silence for a few more years.

Come medical school and I could no longer keep my mental health issues at bay.

It’s almost as if I had gotten used to functioning at 50% capacity.But suddenly, I was being forced to give more than I had.

Suddenly my deficits were glaring.

That’s when I saw my first psychiatrist. I didn’t like what she said or was it how she said it?

Perhaps I was also in denial. I remember dumping her prescription for anti-anxiety medication as well as something for depression into an old box. This was in 2015.

What I did do, was heed her advice; I saw the university psychologist until I struggled to get appointments….. I guess that should have hinted at me that I wasn’t as alone as I felt. In the space that I was in, I couldn’t even look that far ahead.

This prompted me to look for a psychologist off campus. At that stage I didn’t know that
chemistry could alter the quality of therapy.

I just chose one whose offices were most convenient for me to get to. I saw her for a few years but things got progressively worse.

One night, near breaking point, I realized that I needed the meds and looked up another psychiatrist.

I made an appointment first thing the next morning. She was well decorated and truly accomplished in her field but she was aggressive.

She started me on high doses of multiple drugs. I suffered horrendous GI symptoms with what I felt was no empathy/understanding from her.

Here I was, super nauseous but still expected to perform and show up at school. I did the only thing I could think of to survive; I made a decision in that moment and chose my studies over myself.

In 2017, I decided to stop taking the medication because of the side effects after roughly 2 weeks of taking them.

I continued to crawl through medical school until I was caught crying in the bathroom during my own psychiatry rotation. I had done my best to get through each day but it was getting harder and I didn’t know how much longer I would be able to go on.

Death started to seem more and more attractive… After-all, I didn’t choose to be born, did I? Yet here I was, fighting internal battles few
people were aware of all while keeping a smile on face.

The smile I became known for…

Deep down, I felt like a fraud, looking for love and acceptance from friends which in turn only added to my pain and suffering. Those were such messy years and I apologize to the people whose lives I rocked.

I was in a bad way, I just wanted to fill a void and I had no idea who I was. I tried too hard at everything, and took everything personally depleting what little energy I had.

Like a breath of fresh air Dr M waltzed her way into my life. She is the best psychiatrist I’ve ever had and we just clicked right away. Suddenly, I felt heard and with that came a glimmer of hope. It took a long time to find meds that helped and their specific combinations and dosages.

Sometimes I thought I was better only to relapse and we would have to start again.

She never gave up on me, so I never gave up. I wasn’t a brand new car but I’d stopped constantly leaking engine oil. We walked the rest of my journey together until I graduated. One stint at a mental facility and against ALL odds (COVID included) I graduated as a doctor.

But I was done.

I was beyond bleak, I felt like I’d left pieces of myself along the way.

I couldn’t do much else aside from sleep and eat.

But for that moment, and many more that followed; it was enough.

Your struggles are so real and valid but it doesn’t mean you need to face them alone. There’s always someone: near or far, you just have to identify them.

You’re never as alone as you feel,
Shirley 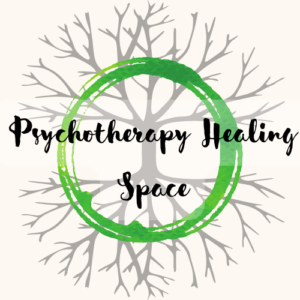